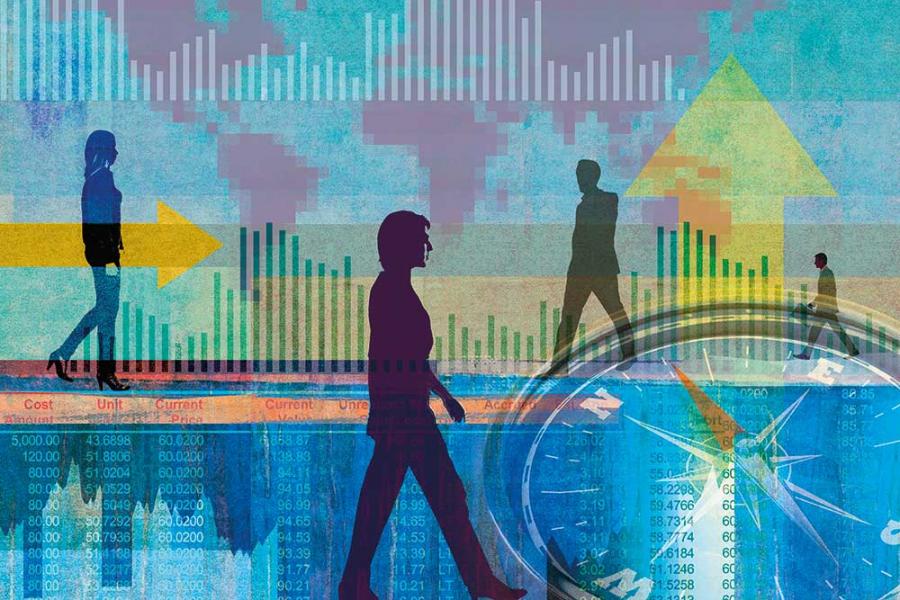 A lot is written and talked about the Post-Corona world these days. The starting point is: how are we going to change our societal systems so that we immediately solve all the things we think are wrong in the world. It shows little realism to think that the world Post-Corona looks fundamentally different from the world Pre-Corona.

Of course we will see other behaviors such as keeping more distance, not shaking hands for a while and changing mobility demands. But solving the climate problem, the negative effects of globalization, income inequality, the lack of freedom and security, the wars, refugees, the lack of solidarity and solidarity; will not be solved by the measures of the Corona crisis. While everyone sees and understands that our current capitalist but also democratic system is no longer sufficient. It’s the least bad system we know of, to paraphrase Winston Churchill. But the call for change sounds. Not only among the population, companies are also doing things differently.

Certainly the larger companies are caught in a “chatch-22”, a large part of the shareholders want profit maximization, the company itself wants result optimization to ensure its survival (where possible). So everything that is possible is done, even if it is not always morally and ethically right. Consider for example, legal tax avoidance: leading to higher profits for shareholders but not for society. Nevertheless, we see an evolution in more and more companies. The evolution towards a higher goal than profit maximization. A growth towards doing what is right. And yes, sometimes only for the stage, but increasingly because people within companies understand that the world has to change and companies have a social responsibility in this.

But how is a company escape from the Catch-22? How does a company get the right shareholders who are going for the long term? How does a company create not only economic added value, but also societal value with their products and services? As far as I am concerned, there is only one answer to this. Impact Valuation: measuring the positive and negative impact of a company on society.

Governments started years ago to measure wellbeing instead of prosperity. As early as 2009, during the financial crisis, the OECD is working to map out what wellbeing is and how to measure it. The wellbeing monitor is published every two years. There are already governments that use wellbeing to guide their country (Iceland, New Zealand, Scotland).

We see the same development in companies. There are companies that measure their social impact (DSM, NS, Philips), manage it and partly report it. These companies are also economically successful, but consider the measurement of their integral value as their total result. Result for the shareholders and for society. Thinking in terms of societal value is the way to stimulate the transition we need to achieve a better societal system.

Our capitalist system cannot be changed by 1 company or government. And which system better is unclear. But we see the will to change with both governments and companies. For a government, this starts with measuring prosperity and social impact calculations of policy. For companies, this starts with measuring and controlling the social impact of products, projects, departments or even entire business operations. This should also become an integral part of business results, as a research team from Harvard University is investigating.

Want to know more about why and how to manage social valuations? Download the whitepaper at https://empact.nu/en/whitepaper-landingpage